My first visit to Javea was in 1987 – my parents had astonished us all by buying a villa on their first trip to visit the area, so we knew that it must be something quite special. All the photos I have of our first twelve years visiting are archived in photo albums, some of which will surface elsewhere here when I find my favourites, but two of the ones illustrating this article date from a trip in February 1999, showing off a new digital camera. 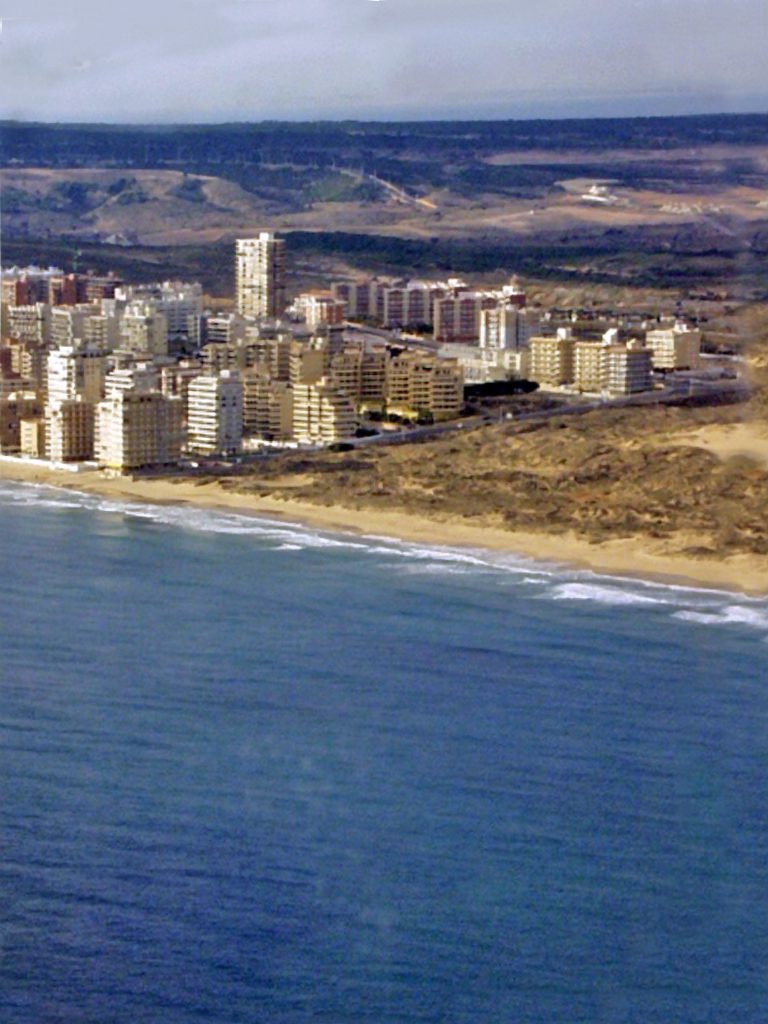 Already Alicante was growing up and spreading out. It seems staggering that this was taken nearly 19 years ago. To be honest, if the image had not been named Alicante, I might have been unsure.

The trip from the airport on the N332 took us through town after town with occasional tantalising glimpses of the Mediterranean. However, it was not until we went through a tunnel north of Altea that I started to understand what had drawn my parents to the region (besides a WHO recommendation).  The mountains folding round the road were strewn with wild Mediterranean shrubs and intriguing caves, even the working stone quarry south of Gata was impressive, though dusty.

Gata de Gorgos was a delight of wicker and pottery, bright colours and open fronted shops that looked enticing – there was also the excitement of knowing that, as we had crossed the River Gorgos, that empties into the Mediterranean through the Port in Javea, that we could not be far from our destination.

Then we met the Elephant, the Montgo, sleepily watching Javea with one eye open, while letting the other eye, over Denia, rest. The road from Jesus Pobre swept past pines, almond trees, villas and vistas across the valley. When we reached the Town for the first time, our trip encompassed the Pueblo, the Fishing Port and the Arenal, all hugging the Mediterranean far more passionately than my first impression of Alicante and later of Benidorm made me expect. 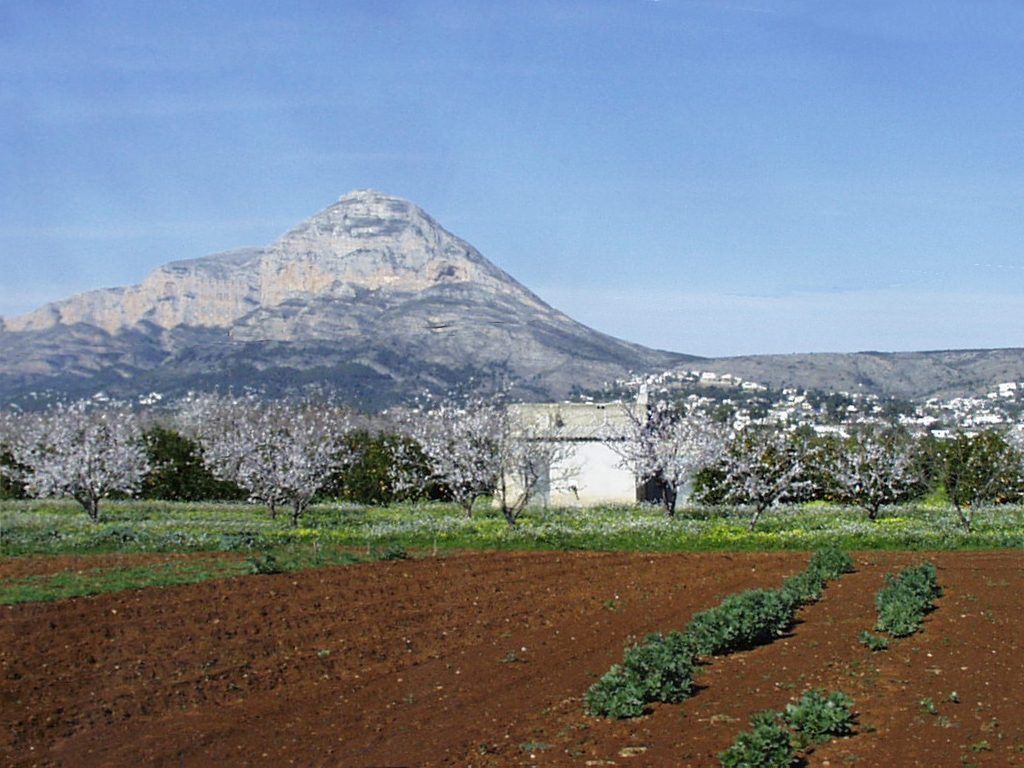 Since then I have taken many, many photos of the Montgo, most of them far better – but there was something about that first introduction that stays in my memory. The blossom, the peacefulness, and the friendliness created a mood that time has not lost. 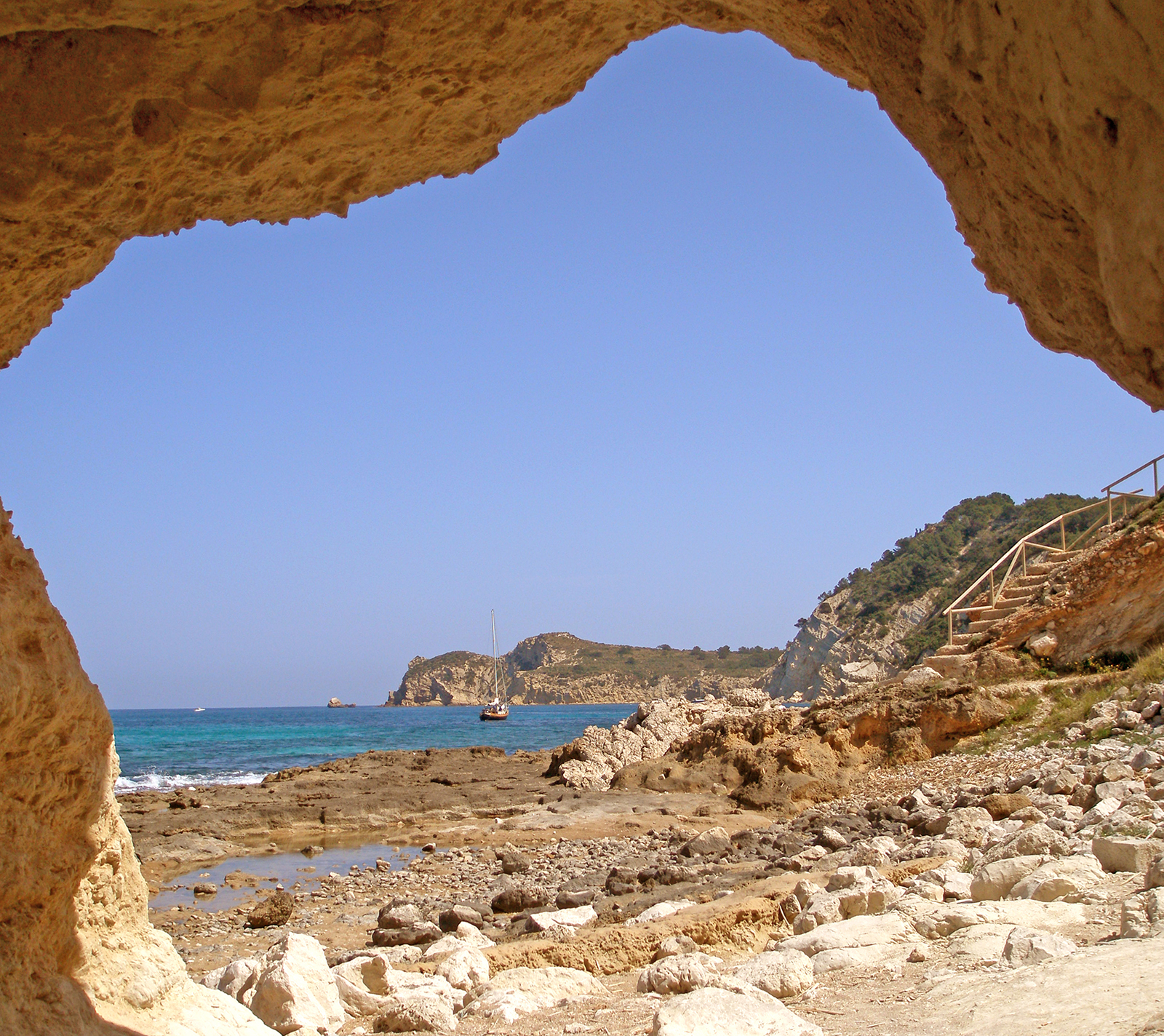 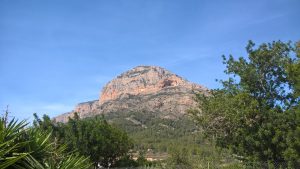 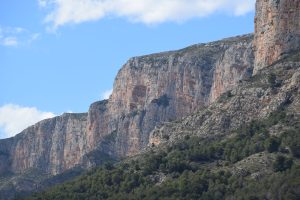 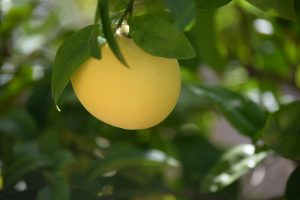 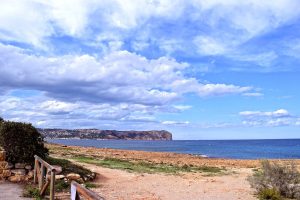 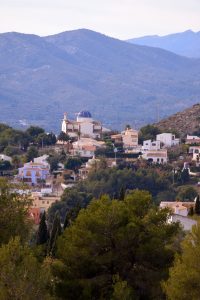 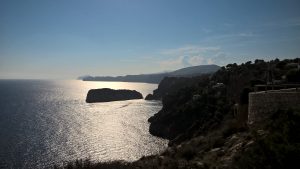