Above is the view that I most associate with the Montgo – Javea and Denia’s ‘sleeping elephant’. Bright-blue sky on sun-bleached rock, with the eye half-open, blinking in the hot Mediterranean sunshine

However, it would be misleading to say that it never rains in Spain, or that clouds never gather – it is just that it happens so infrequently, that these brief late Autumn and Winter moments tend to get photographed – because they are unusual. 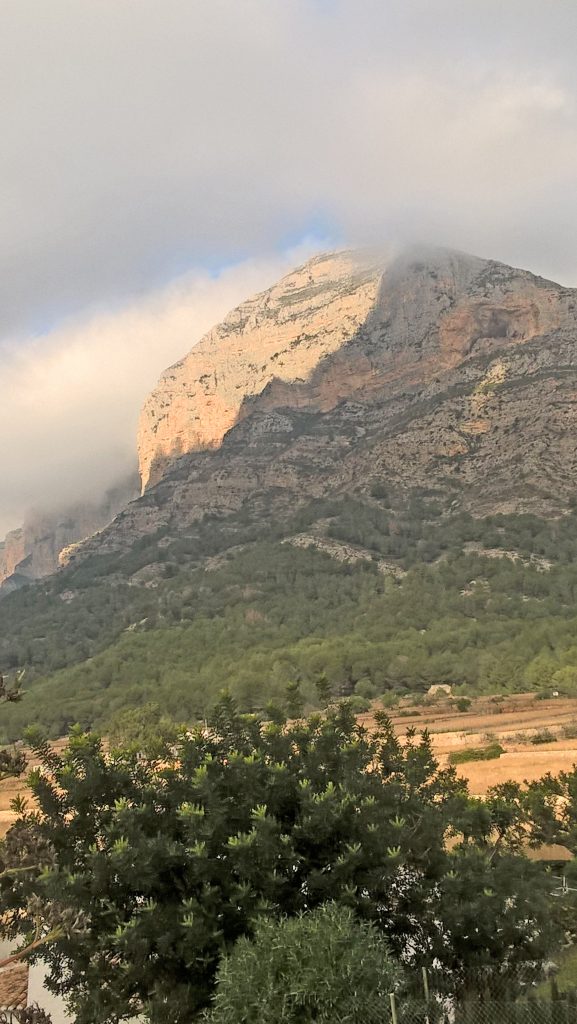 I have been sorting through some of the photos – like the one where we had snow… We NEVER have snow – in the thirty years I have been visiting and since I moved here, I have seen twenty minutes of hail twice and snow that melted almost as soon as it fell, twice – but nothing like this! 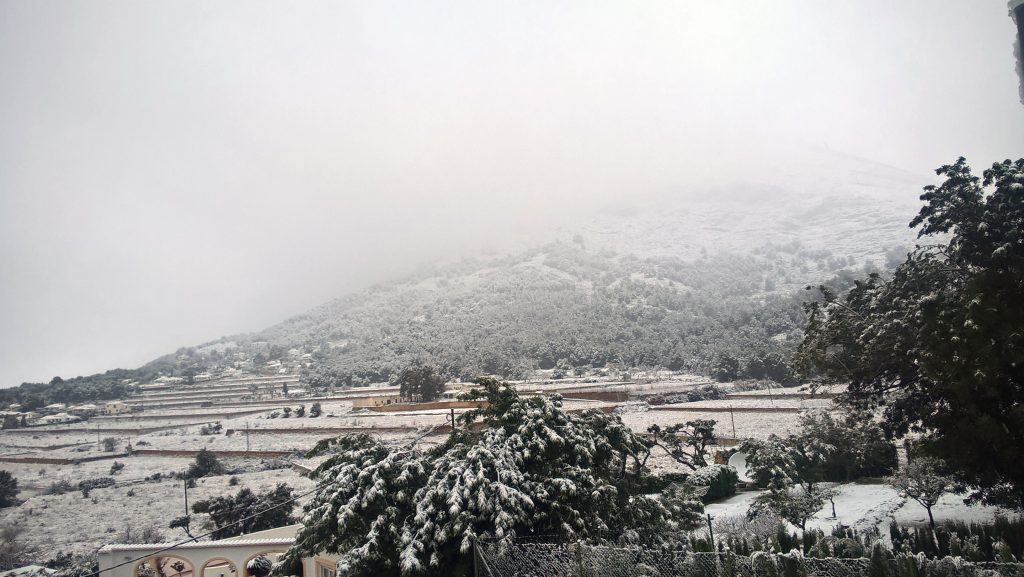 Friends sent me photos of deep white blankets of undisturbed snow in Alcalali – that went straight into the February 2017 Javea Grapevine Magazine   alongside photos from the Mayor of both the phenomenon and the extraordinary measures needed to combat the snow.

Then there is the Montgo’s capacity for confusing vegetation, with winter poinsettia alongside autumn’s oranges 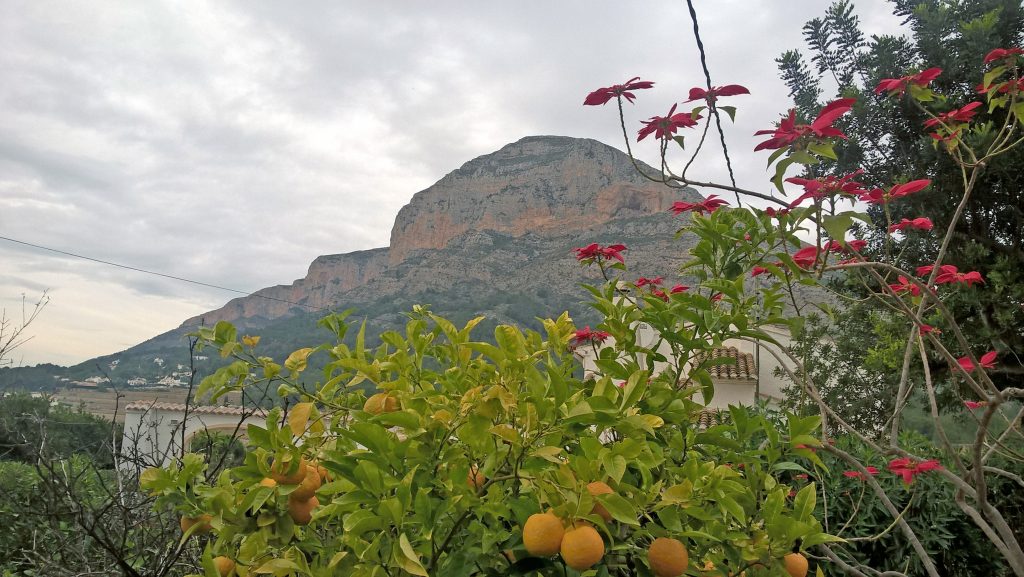 Overall full cloud cover is rare – as the sun tends to clear it away, quite quickly, but, when it is about, it gives soft landscapes of muted green… 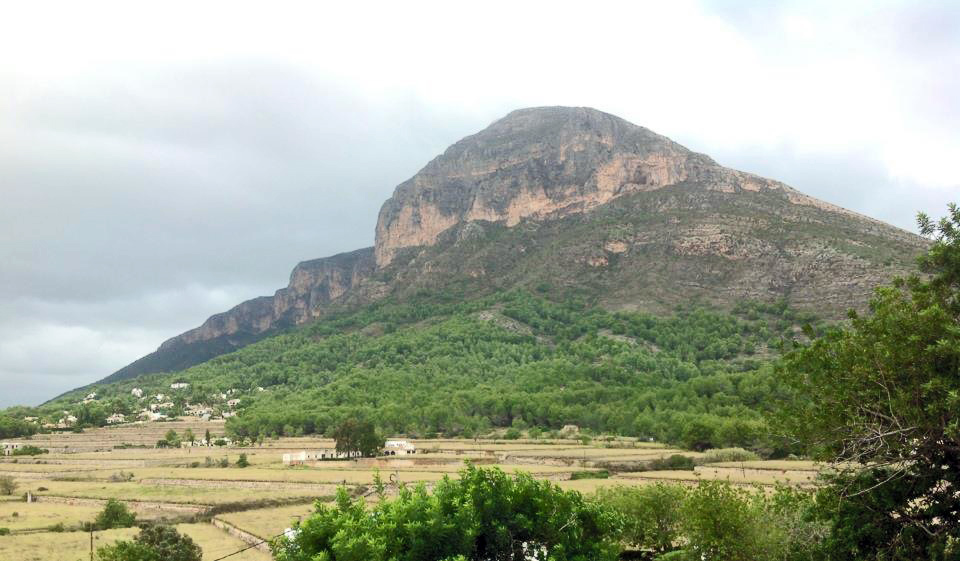