The High Wall and the Large Garage

When we realised that we really wanted to have a separate garage (in addition to the long garage workshop that is below Bedroom three), we were lucky that the builder of the Pantiles properties, behind us, was as keen to screen us from them as we were to screen them from us! We commissioned him to build a wall around the property that was at least six foot high – it ended up nearer seven. After some discussion, we agreed that it would be in keeping with the current facade for the house if the wall was Brick. To build the wall we had to remove the fir hedge that was gradually taking over the whole garden growing wider as it grew taller.

At the bottom of the garden we opted for a garage that would run along the width of the garden, less a little area for vegetables and the grapevine we were growing there, and a maintenance gap between us and the wall he would build behind it. We also left room for a car to be able to get in and still allow the gates to close behind it. The snag is that the wall was built well inside our boundary line so we actually own a foot or more on the other side of the wall – but as that was the subject of several rows and I lost – I will not dwell on that! The idea was to plant clematis and other climbers on the outside and to build a feature rockery for yellow plants banned from inside the main garden. It also guaranteed that the turning circle for even a large car, into the drive, would be ample. The mass planting of climbing flowers on the outside wall never happened, but it is crying out for someone to do that! 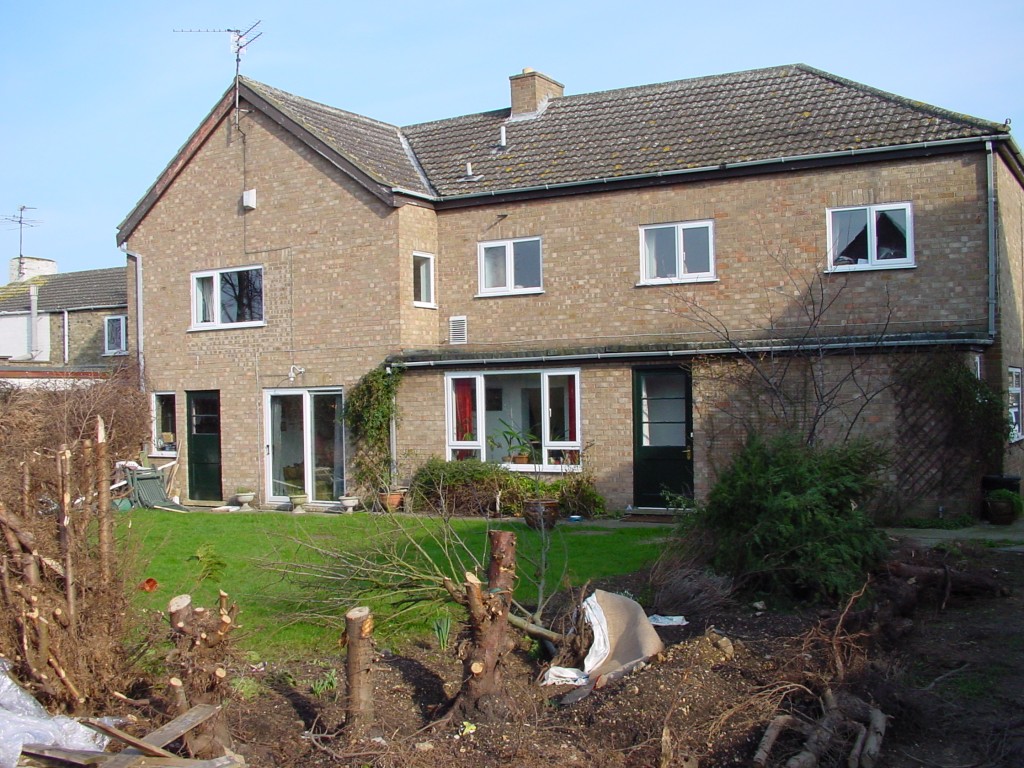 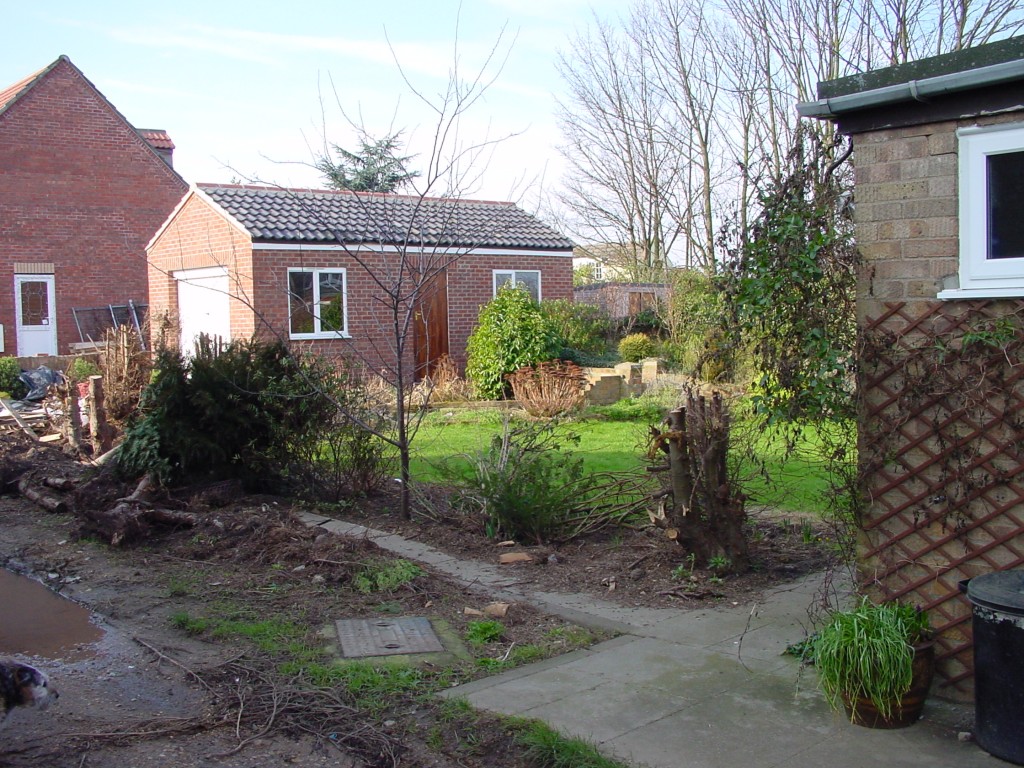 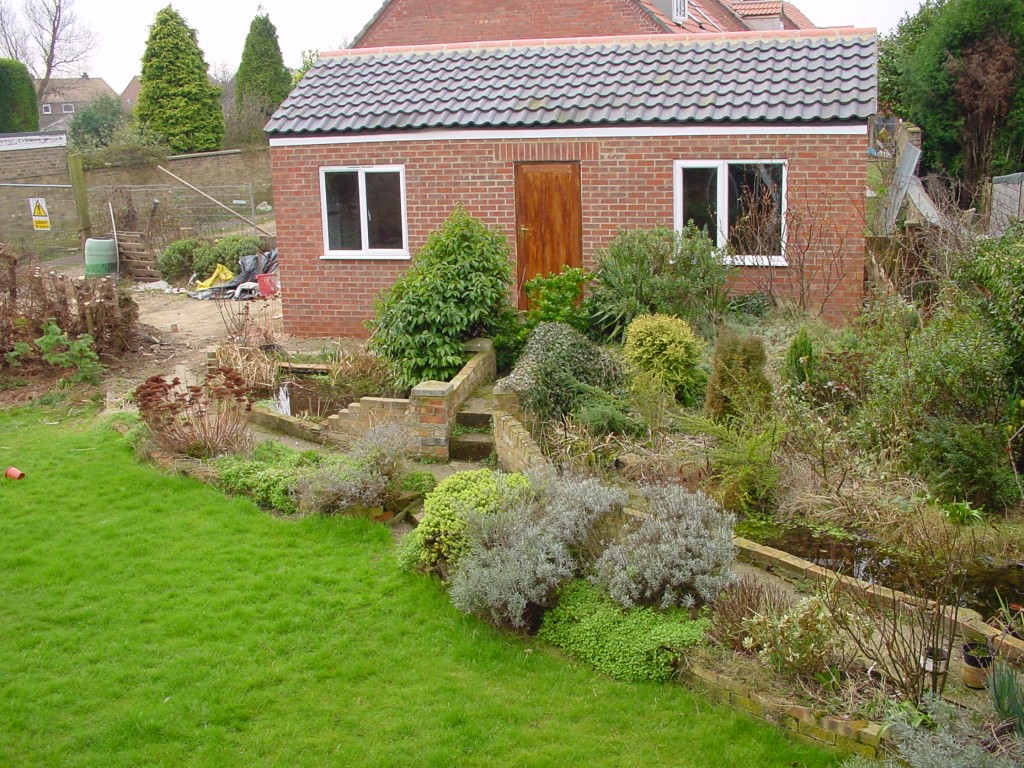 Much more splendid, however was the speed with which the plants grew with the added shelter offered by the walls – it was always a flower rich garden as Ex thoroughly immersed himself in it. His parents would come down and stay and he, his father and his brother filled the garden with heavily scented flowers and lush vegetation. It looks a little bare now, in comparison, but, the soil is still good, the garden is still sunny, sheltered and the walls offer shelter from any wind or cold for the roots of the plants that need it. 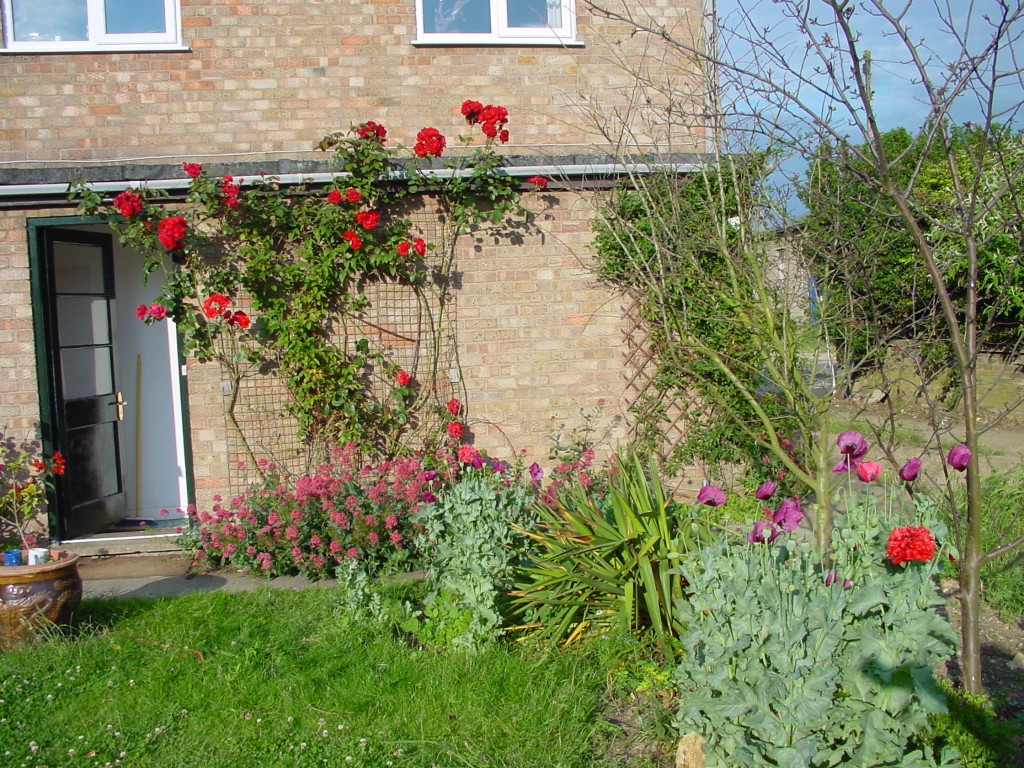 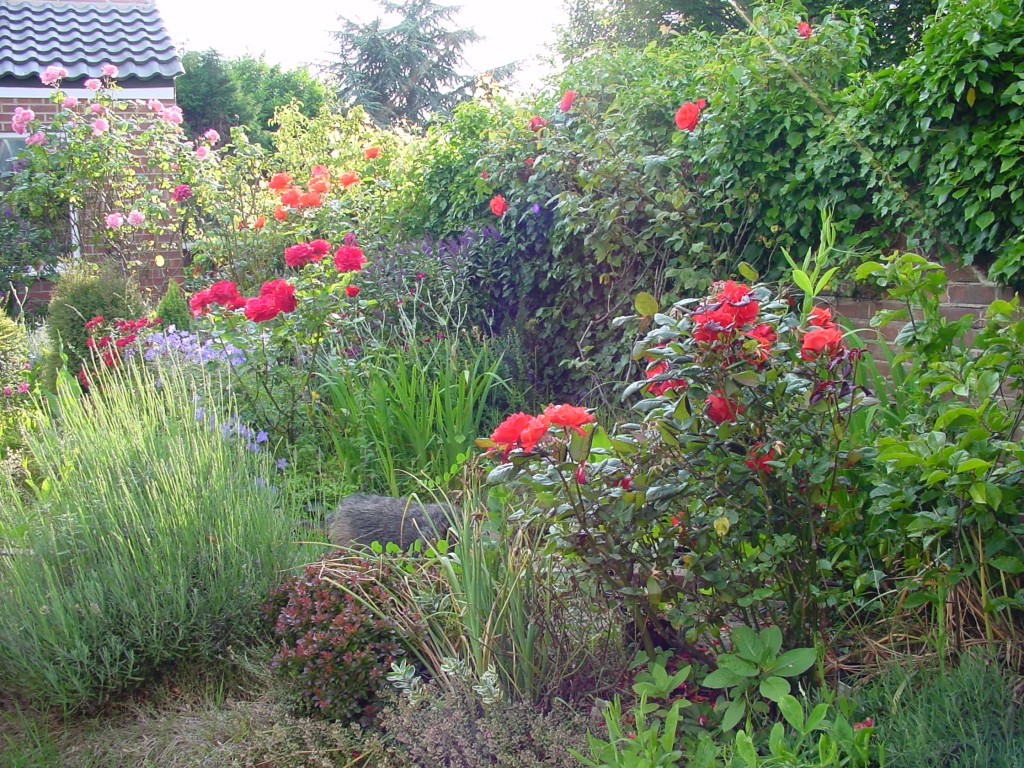 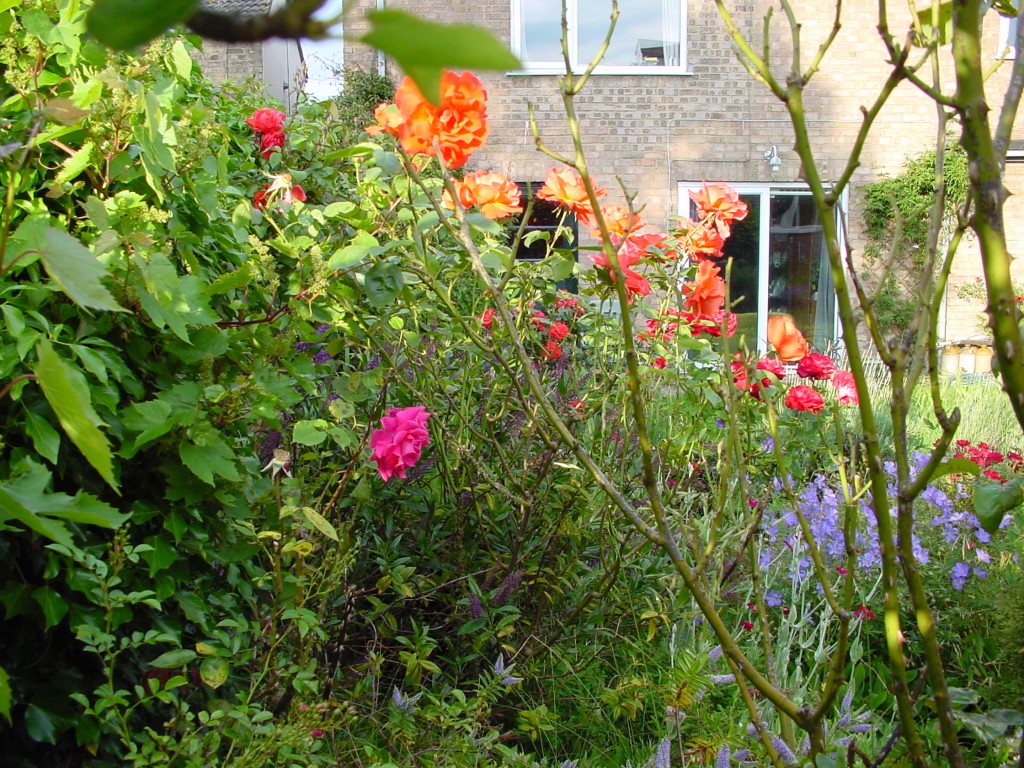 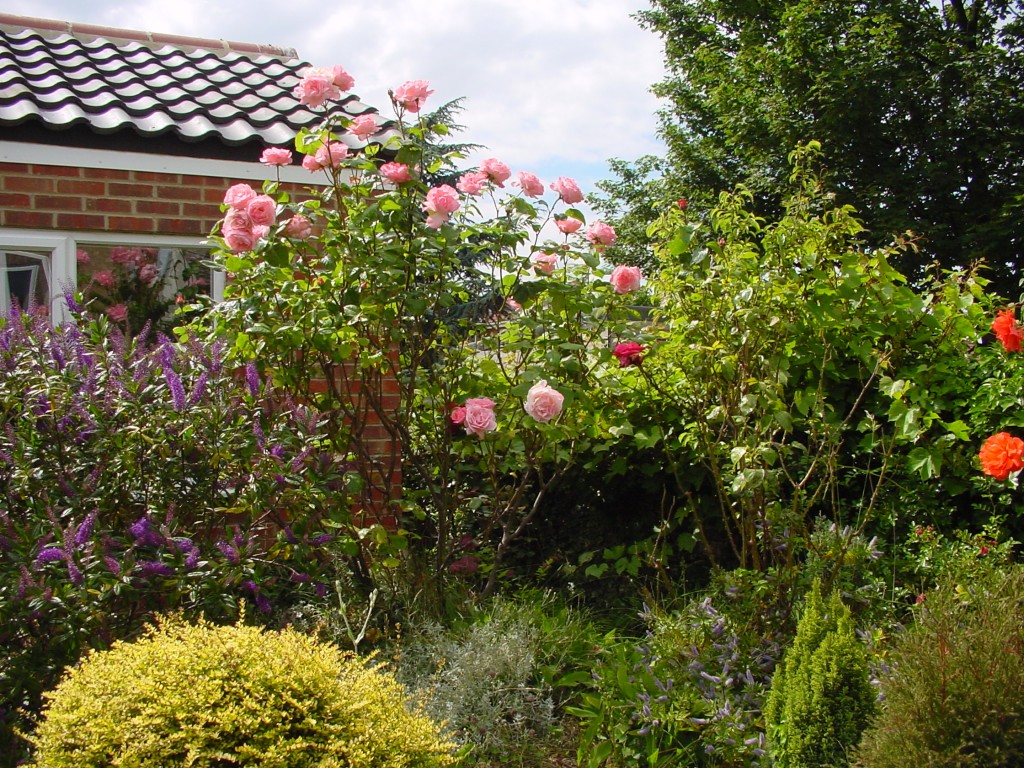 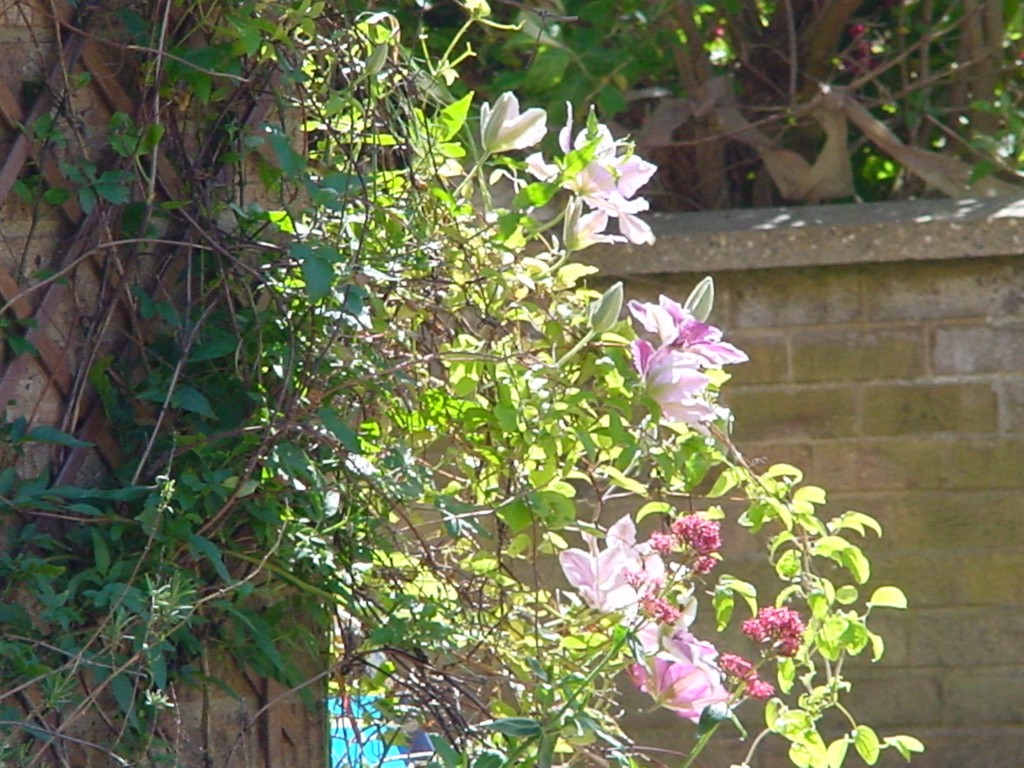